Goa takes a giant step in Indian economy and likely to become first Indian state to go cashless from December 31 – 2016. At the start of New Year 2017 people will be able to buy all stuff’s such as meat, vegetables, or anything else by just pressing the button on their mobile in Goa.

Prime Minister Mr. Narendra Modi pushes his dream of cashless society with the help of demonetization scheme and Manohar Parrikar the defense minister of India strongly backing this dream. After the demonetization most of the people using smart phone for any kind of transactions because they are running out of cash. This move by PM surely push many vendors, small shops, shopping malls to start accepting money via debit/credit card or cashless transaction.

The former chief minister of Goa Manohar Parrikar said, “Goans are using cards (ATM/credit) in a big way. Goa will soon be the first state with cashless society fulfilling a dream of the Prime Minister”.  Later he also added that “Currently, none of the State Government’s payments are done through cheques. All the payments are through electronic transfers”.

There is no need to take your purse to purchase any item as you can simple pay using your phone. People need to just dial *99# from their phone and just follow the instruction to complete the transaction. You can follow above process to pay money to small vendors who don’t have swipe machines. Other smart phone users are using mobile apps such as Paytm to pay money in malls, theaters and other major shopping centers.

Chief Minister of Goa Mr. Laxmikant Parsekar said that no fees will be charged on any of the transactions done over mobile phone. Also, there will not be any minimum limit on the cashless transfer. Most of the small vendors or shops don’t have knowledge of cashless system so Goa will begin awareness drive on how to operate cashless transaction from Monday.

Chief Secretary Srivastava explained why Goa has an advantage to become first cashless society. He said that Goa is very small state having 15 Lakh population and 17 Lakh mobile phone connections. In Goa there are around 22 Lakh bank accounts it means one person holds more than 1 bank account.

We hope in future many more Indian states will educate people to go cashless and joins Goa to become cashless state. 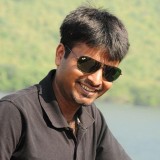